Optimize the design of concrete, steel and timber structures according to Internation codes

The uniqueness of GRAITEC Advance Design is to offer a solution that is very efficient because it is dedicated to building professionals: design, calculation and creation of fabrication drawings, easy training, and provides a rapid return on investment, usually from the first project.

Seismic design of structures is mainly focused on developing a favorable plastic mechanism to render the structure strength, ductility, and stability.

The behavior of a structure regarding the action of a major earthquake is anything but ductile, taking into account the oscillating nature of the seismic action and the fact that plastic hinges appear rather randomly. To achieve the requirements of ductility, structural elements, and thus the entire structural system must be able to dissipate the energy induced by the seismic action, without substantial reduction of resistance.

Both Romanian seismic design code P100-1/2006 and Romanian standard SR EN 1998-1, provide a method for prioritizing structural resilience ("capacity design method") in order to better choose the necessary mechanism for dissipation ofenergy. Determination of the design efforts and the efforts for elements will be in accordance to the rules of this method.

2. Constructive measures for meeting the local and global ductility

Depending on the capacity of energy dissipation, structures are classified into the following classes: A favorable plastic mechanism requires a structure of the sections so that the plastic deformations first occur at the end of the beams and later at the base of the column. Also, the nodes between beams and columns must remain in the elastic range of stress.
In order to achieve this, code P100-1/2006 and SR EN 1998-1-1, must be correlated with the design requirements form SR EN 1992-1-1.

Another condition for the local ductility of columns refers to the normalized values of the axial force - vd. Table 2.2 lists its limit values.

M(d,b,i/j) - the value of the design bending moment for determining the associated shear forces;

γRd - over strength factor (Table 2.3) which takes into account steel strain-hardening of the longitudinal steel and shrinkage of concrete;

ΣM(R,c) - the sum of the design valuesof the capable moments of the columns in the nodes;

ΣM(R,b) - the sum of the design values of the capable moments of the beams in the node.

MR,c,i/j - the value of the moment at the end of "i" or "j" of the column, for the sense of the seismic bending moment;

γRd - over strength factor (Table 2.4) which takes into account steel strain-hardening of the longitudinal steel and shrinkage of concrete;

ΣM(R,c) - the sum of the design values of the capable moments of the columns in the node;

ΣM(R,b) - the sum of the design values of the capable moments of the beams in the node.

For the structure in Figure3.1, located in an area with high seismicity (ag = 0.28g) design efforts must be determined, in the elements of the transverse frame (Figure3.2), and also the verification of its nodes. 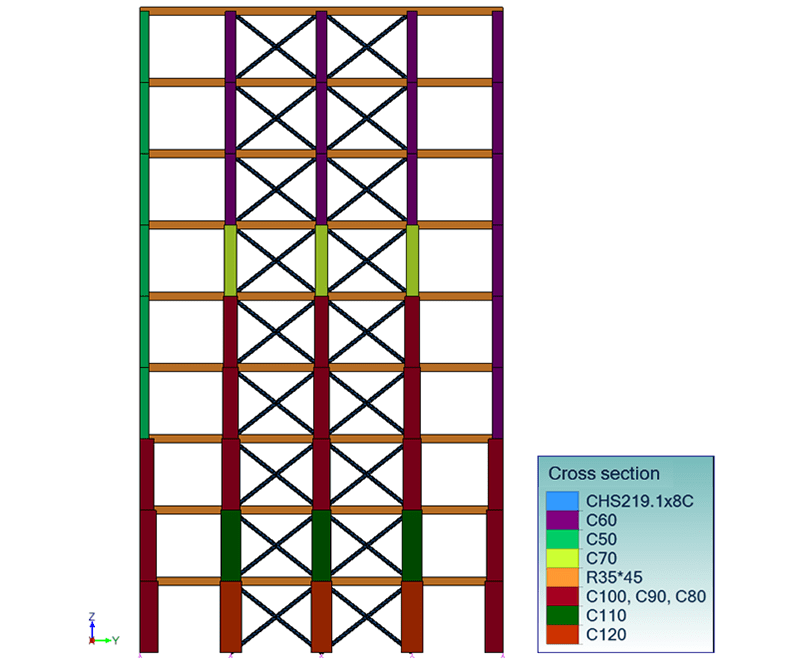 Advance Design automatically determines, with the Concrete calculation engine, an optimal solution for actual reinforcement areas from beams and columns and later, verifies the prioritizing method for structural elementsfor the nodes of the analyzed frame. The theoretical areas of reinforcement and also the real areas of reinforcement, for beams and columns are calculated automatically according to the Romanian standard SR EN 1992-1-1 and the National Appendix.

Figure 3.3 gives the longitudinal and transverse reinforcement solution offered by Advance Design for one of the beams.

Figure 3.3. Reinforcement solution for a beam 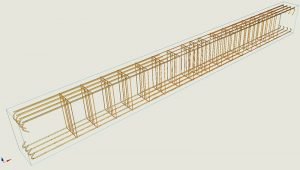 Figure 3.6. Longitudinal area of reinforcement and interaction curves for columns The Capacity Design method is generally applicable to reinforced concrete frames and enables users a proper sizing of columns and beams by checking the frame nodes, according to SR EN 1992-1-1, SR EN 1998-1-1 or P100-1/2006. Advance Design includes all the norms and requirements, offering civil engineers a superior solution for the structural analysis and design of reinforced concrete.

While resistance capacity should lead to a safer and more accurate design process, engineers should keep in mind that the calculation models are only mathematical simulations of physical phenomena and cannot accurately predict the structural behavior. Too many uncertainties can occur and it is up to civil engineers to characterize as best as they can and as many parameters as they can.

Read more about different functionalities of Advance Design in the following articles: A powerful extension to Advance Steel, designed to significantly boost the user's capability, productivity and efficiency